Paulina Rider Wilhelmsen is representing Lise Wilhelmsen Fund as well as the Lise and Arne Wilhelmsen family. Henie Onstad Kunstsenter is represented by the director Tone Hansen and the Chief Curator Caroline Ugelstad.

The remaining jury consists of international art professionals who are well-established and renown within their field, with substantial knowledge of the contemporary art and commitment to painting and sculpture.

The jury is appointed for four years at a time.

Leader of the jury

Director of Henie Onstad Kunstsenter and Founder of LWAAP 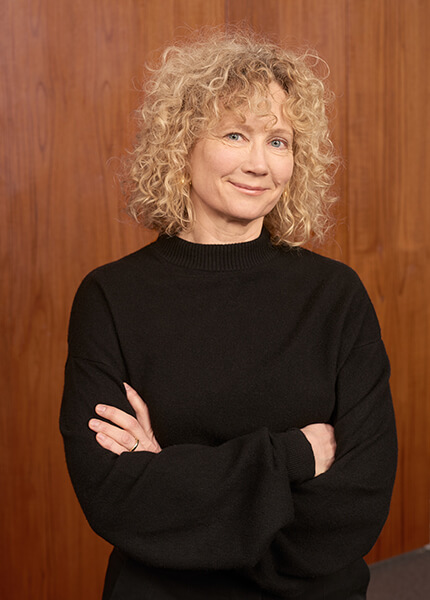 Tone Hansen is the Director of Henie Onstad Kunstsenter since August 2011. Previously, she was appointed Council leader for the Arts Council Norway 2016-2019. Hansen was educated at the Academy of Fine Art in Oslo (1994-98) and worked as an artist, freelance curator and writer for several years. She held a research fellowship position (PhD) at Oslo National Academy of the Arts (2003 – 2009) and completed the thesis “Megamonstermuseum: How to Imagine a Museum today”. From 2003-2005, Hansen was chairman of Young Artists Society. In her theoretical and curatorial work, Hansen has focused on various implications of what public means, the role of art museums and how history is written and presented. A particular area of focus has been alternative forms of organizing strategies, as well as the function of governmental structures in determining museum. She is the author of several catalogues, and editor of readers such as Looters, Smugglers and Collectors: Provenance Research and the Market (2015, Walter Koenig) Phantom of Liberty: Contemporary Art and the pedagogical paradox (2014, Sternberg Press); We are Living on a Star (2014, Sternberg Press); Modernity in Northern Europe – 1917-31: Electromagnetic (2013, Hatje Cantz); Entering a Site of Production (2012); ( Re) Staging the Art Museum (2011, Revolver); The New Administration of Aesthetics (2007, Torpedo), and What does Public Mean? Art as a Participant in the Public Arena (Torpedo 2007). 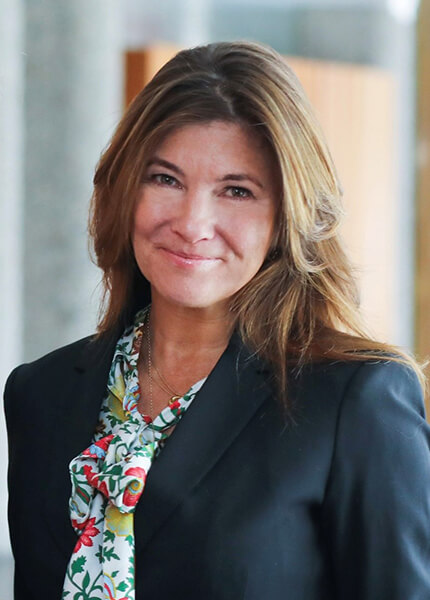 Paulina Rider Wilhelmsen is the founder of The Lise Wilhelmsen Art Award Program. She studied contemporary art at Christie’s and had a seat on the board of Royal Caribbean Arts Grant for five years. Her strong social engagement is also evident in many of her projects - she is a founding member of a social impact venture Wilstar based in Oslo, Norway. Wilstar is a non-profit, which engages the family and employees in working together to finding ways to support people and causes which initiate sustainable and lasting social change. The main areas of focus are education, marine conservation, human dignity, women's rights and projects using art to build self-esteem and nurture tolerance and respect. She is also a founding member of The Grove Trust, based in London, UK, which aim to assist those in need by supporting local charities. In addition to extensive business experience, she has deep knowledge of TV production from years of working at the Norwegian national broadcaster producing live entrainment and several cultural TV series. Since 2014 she has been executive producer and partner in Hummelfilm. Rider Wilhelmsen has spent her life between USA, Chile and Norway and currently resides in London. 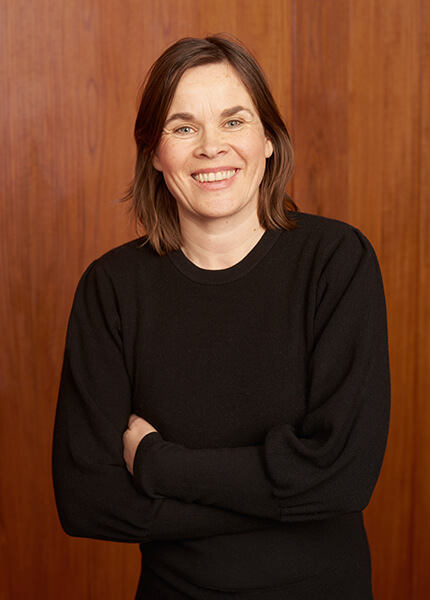 Caroline Ugelstad is chief curator and head of the art department at Henie Onstad Kunstsenter in Norway, including the collection, education and curatorial department. Ugelstad has curated and worked on numerous exhibitions such as Merz! Flux! Pop! (2021), Turn and Face the Strange (2018-2019), Carsten Höller - Sanatorium (2017), Irma Salo Jæger – On a warm day (2017), Lene Berg (2012), Fluxus East/Fluxus (2010), John Cage – The Anarchy of Silence (2010), Jean Tinguely – The future as we remember it (2009) and Headlines and Footnotes (2008). Ugelstad is educated in art history and philosophy from the Courtauld Institute of Art in London and the University of Oslo and she holds a PhD in art-history from the University of Oslo. Her special field of interest lies within the field of modernism and avant-garde studies, art historiography and contemporary art. Ugelstad has previously served as jury member of the Office for Contemporary Art Norway’s International Jury (2014-2016) and the Statoil Art Award Jury (2009-2012). She is an editorial member of Art and Culture (Kunst og Kultur), and is part of the program board for art history and visual studies at the University of Oslo.

The Marlene Hess Curator of Painting and Sculpture at MoMA, New York 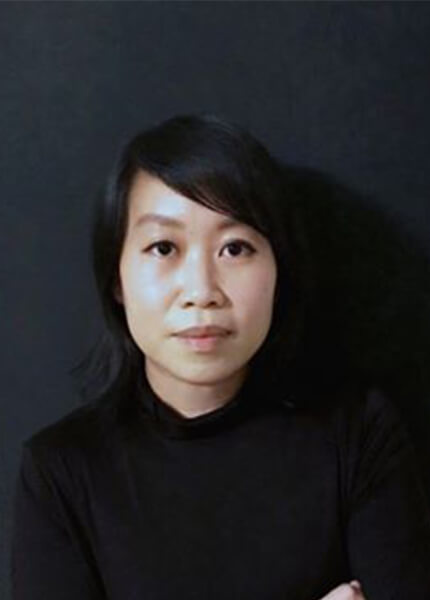 Michelle Kuo is The Marlene Hess Curator of Painting and Sculpture at the Museum of Modern Art in New York. She has organized exhibitions including New Order: Art and Technology in the Twenty-First Century (2019), The Shape of Shape: Amy Sillman (2020), Amanda Williams: Embodied Sensations (2021), and the forthcoming Signals: The Politics of Video (2023, with Stuart Comer). Kuo is an internationally recognized lecturer and scholar of modern and contemporary art, and has authored essays on Robert Rauschenberg, Anicka Yi, Jack Whitten, Lynn Hershman Leeson, and Fluxus; is co-editor of More than Real: Art in the Digital Age (2018), among other publications; and serves as a Critic at the Yale School of Art. From 2010 to 2017 she was the Editor in Chief of Artforum International, where she helmed more than 75 issues of the publication and created special issues on topics including identity politics, new media, ecological crisis, and abstract painting. Kuo received her Ph.D. in History of Art and Architecture from Harvard University, and is currently working on a book about the postwar organization Experiments in Art and Technology. Her research has been supported by the Center for Advanced Study in the Visual Arts, the National Gallery of Art, the Getty Research Institute, and the Mellon Foundation, and she was the 2012 recipient of the International Association of Art Critics Distinguished Lectureship. 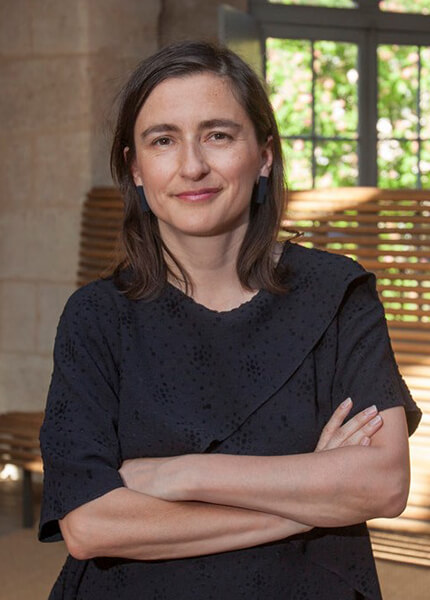 María Inés Rodríguez has a curatorial and institutional practice relating to consolidate the museum as a platform for knowledge trough the exhibition, cultural and educational programs. She is currently adjunct curator at MASP, Museu de Arte de São Paulo Assis Chateaubriand. Since 2018 Rodríguez is Artistic Director at Tropical Papers, an active digital platform, based in Paris, dedicated to developing a reflection on art, architecture, design, and scientific research and to visibilize the work of cultural practitioners from and in the tropics. She was previously the Director of CAPC Musée d’art Contemporain of Bordeaux in France, chief curator of the MUAC in Mexico City, chief curator at the Museo de Arte Contemporáneo de Castilla y Léon (MUSAC) in Spain and Guest Curator at Jeu de Paume in Paris. Her curatorial practice includes major retrospectives or solo shows with significant artists like Beatriz González, Alejandro Jodorowsky, Leonor Antunes, Rosa Barba, Laure Prouvost, Nicolás Paris, Danh Vo, Yona Friedman, Claire Fontaine, Teresa Margolles, Mathilde Rosier, among others. Since 2017 Rodríguez is Member of the Martell Foundation’s Board, France. From 2017 - 2019 she was President of Comité Art Citoyen France, Fondation Daniel et Nina Carasso. Rodríguez has been awarded the following grants: Fondation Patiño - Ville de Genève, American Center Foundation, Apex Art Center in New York, and Davidoff Arts Initiative. She is currently working on a retrospective of filmmaker and photographer Babette Mangolte for Les Rencontres d'Arles; and on an exhibition with Daniel Steegman-Mangrané for the NNKM in Tromsø.

Director of Showroom, London and appointed director of MACBA, Barcelona 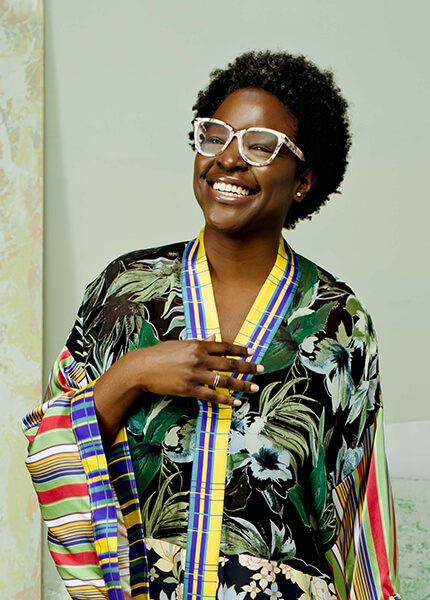 Elvira Dyangani Ose is Director of The Museu d’Art Contemporani de Barcelona. Previously, she was Director of The Showroom, London. She is affiliated to the Department of Visual Cultures at Goldsmiths and the Thought Council at the Fondazione Prada, where since 2015 she has curated exhibitions of Theaster Gates, Nástio Mosquito, and Betye Saar among others. Previously, she served as Creative Time Senior Curator, Curator of the eighth edition of the Göteborg International Biennial for Contemporary Art (GIBCA 2015), and Curator International Art at Tate Modern (2011-2014). She recently joined Tate Modern Advisory Council. Main curatorial projects include: A Story Within A Story…(2015), Ibrahim El-Salahi: A Visionary Modernist (2013), Across the Board (2012–2014), Carrie Mae Weems: Social Studies (2010), and Olvida Quien Soy/Erase Me From Who I Am (2006). Dyangani Ose has published and lectured on modern and contemporary African art and has contributed to art journals such as Nka and Atlántica. She is currently completing a PhD and holds an MA in History of Art and Visual Studies from Cornell University, New York; an MAS in Theory and History of Architecture from Universitat Politècnica de Catalunya, Barcelona; and a BA in Art History from Universitat Autònoma de Barcelona.